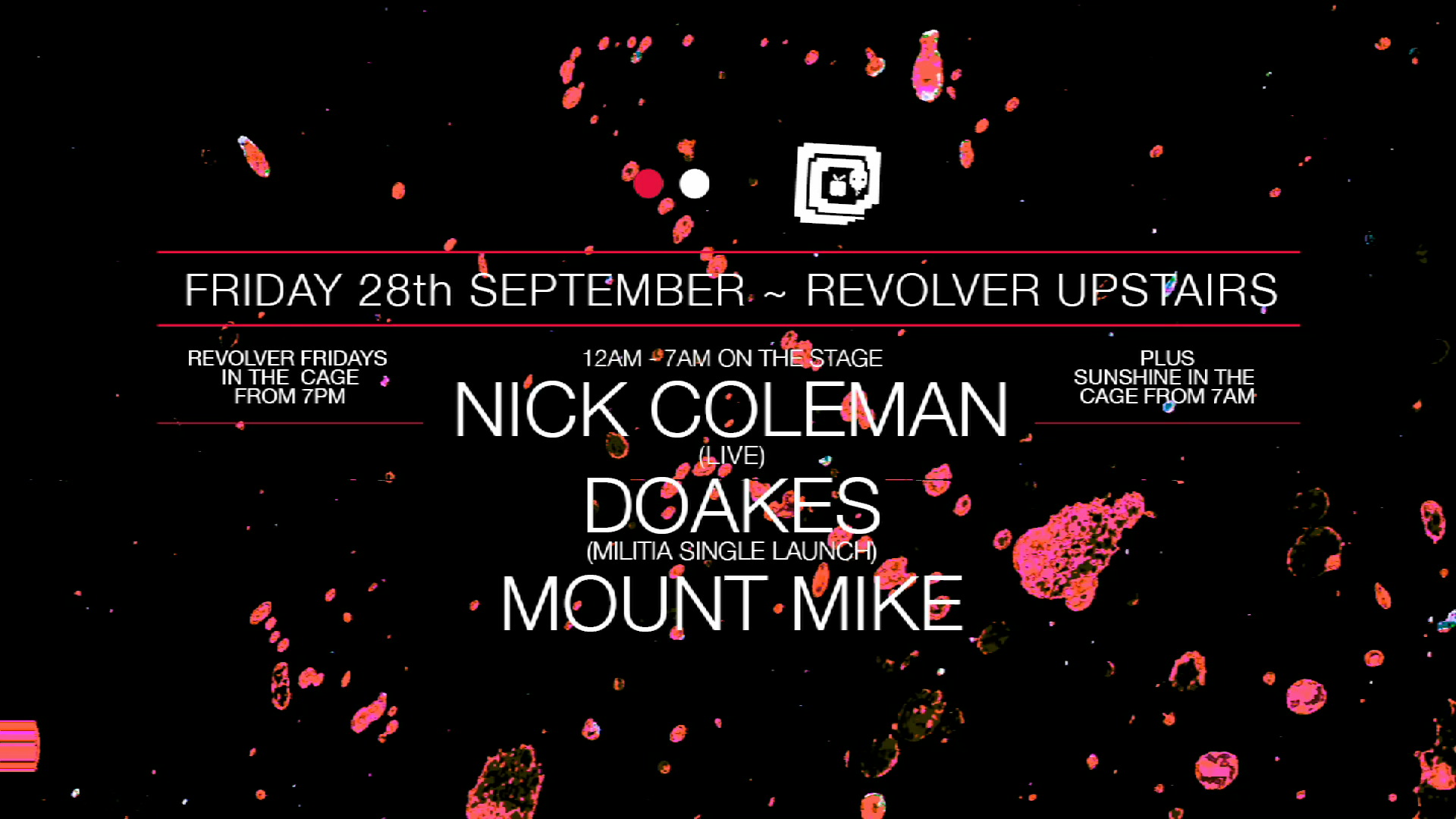 Friday the 28th of September Suckmusic will be back at Revolver for a big night of festivities. Label boss Nick Coleman will be back in the house alongside Suckmusic artists Doakes & Mount Mike.

Coleman, now based in Düsseldorf will be playing live followed by a 3 hour DJ set. His latest two track release out on Suckmusic – Electronic Love & German Winter (7th of Sept) has been rocking the local clubs & Open Airs over the European summer, with support from DJ T, Joris Voorn & Loco Dice.

We also launch Doakes’ new single ‘Militia’ scheduled for release 29th of September. Doakes’ sonic palette continues to evolve with each imprint he delivers. Militia is a big track, one that we expect will feature significantly at the upcoming Aus festival season.

As always thank you for your continued support of the label and our nights at Revolver. Catch you on the dance floor.